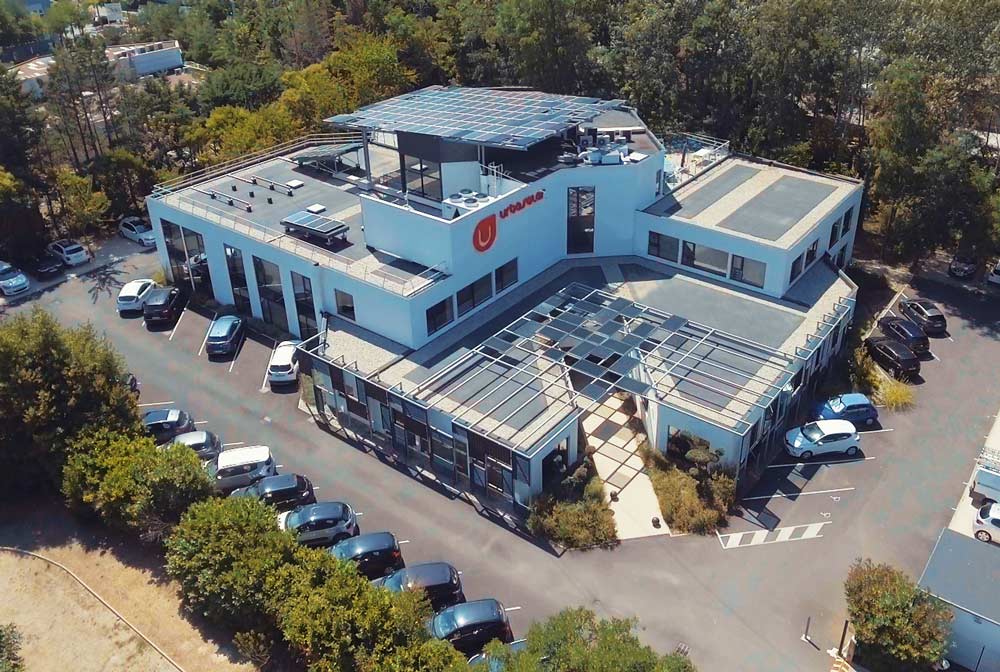 The Urbasolar group is a key player in solar photovoltaic and, to this end, has a goal of significantly contributing to the development of this energy on a large scale so that it supplies a major portion of humanity’s energy needs.
The group offers a complete turnkey offer, including the production and supply of electricity from renewable sources, notably through Corporate PPA .

Urbasolar is, above all, experienced teams, mobilized for innovation and the pursuit of technological progress, that share a vision of development, a strong environmental commitment, enthusiasm, and a high level of expectation for client satisfaction and project management.

Fully engaged in the fight against climate change and in the energy transition, Urbasolar sees in each project the opportunity to set up an action in favor of the environment. Moreover,  the ideas of social equity and societal responsibility are infused in the relationships we develop with our partners, clients, and employees.

Very present in France where we are the privileged partner of many professionals and local authorities, the Urbasolar Group develops an important European and international dimension with the development, the realization and operation of photovoltaic plants wherever our expertise finds a promising field of application.

Subsidiary of Swiss energy company Axpo, Urbasolar is working for a massive deployment of solar energy, with the implementation of assets that meet the highest quality requirements, working for the production of low-carbon energy on a European scale. With a 10-year plan to hold 10 GW by 2030, Urbasolar is one of the European leaders in the sector.

of the public tenders
with 1 GW awarded

Based in Montpellier in France, Urbasolar has agencies in Paris, Aix-en-Provence, Toulouse, Bordeaux, Metz, Lyon and Nantes.

Internationally, the group operates in targeted zones such as: Europe, North and West Africa, Sub-Saharan Africa, as well as overseas departments, where it is deeply rooted through its subsidiaries with local partners and where it aims to transfer its know-how and knowledge of renewable energy.

A responsible company, Urbasolar brings together experienced teams who share the vision, excellence, and know-how of the group, each in their field of expertise.

The company’s governance is organized around the executive committee in charge of implementing the company’s strategy. 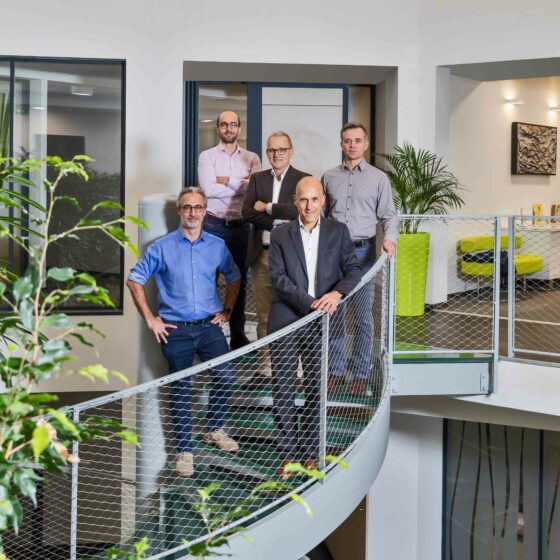 For Urbasolar, growth cannot be built without respect for the environment, social equity, and societal responsibility. Our CSR approach is based on these foundations and defines the nature of the relationships we build with our partners, clients, and employees.

A founding member of Soren France (in 2014), the Urbasolar group participates in establishing an operational system of collection and recycling for photovoltaic panels at end-of-life throughout the country, contributing to the environmental-friendliness of solar energy.

Well aware that the energy transition will not be successful without the participation of as many people as possible, the group works in partnership with regions to involve citizens in renewable energy projects, with awareness campaigns, as well as by opening the capital of solar power plants up to them.

A true partner for local governments, Urbasolar accompanies them in their energy transition policies, working to facilitate their involvement in projects and thus contributes to reaching the ambitious goals set by the French energy transition law (LTECV) for the fight against global warming.

Internationally, Urbasolar organizes training seminars for its partners to transfer its knowledge and skills as well as to play a role in the deployment of renewable energy, wherever possible.

On a social level, Urbasolar is committed to respecting current standards and works daily to help their employees thrive by encouraging initiatives that improve quality of life in the work place and by developing numerous services to support their wellbeing.

The group participates, in conjunction with multiple organizations (administrations, schools, training centers, business clusters, associations, etc.) in the development of the industry with the conviction that solar energy responds to the many environmental and social issues of the day, in particular through the job creation that it represents.

Engaged in an environmental resource management system and ISO 14001 certified in France, Urbasolar has put environmental issues at the heart of the group’s development.

The group develops its installations primarily on complex or degraded sites (waste sites, former gravel quarries, former waste heaps, former race tracks, former airfields), and buildings (industrial building roofs, parking canopies, greenhouses, etc.) and contributes to the (re)development of these sites. Particular attention is given to the environmental insertion of the projects in the goal of integrating the project into the landscape while respecting the constraints of the site, in particular in respect to the flora and fauna.

Urbasolar carries out a rigorous environmental management of its worksites, committing to reduce their environmental impact and has established a withdrawal process for the end of construction that leaves the site clean.

Internal actions for the reduction of consumption are carried out at the heart of the company (water, electricity, fuel) and environmental protection awareness is promoted with employees through various daily actions and habits.

A part of the electricity consumed by the group is produced by a solar power plant installed on the roof of its headquarters in Montpellier.

Urbasolar, certified ISO 9001 in France, is engaged in a Quality Management System (QMS) whose goal is to pursue a policy of continual improvement and of orientation towards the client within the company.

For this, the group has implemented a transversal process of monitoring, measurement, and analysis of processes, services, and client satisfaction so as to define a policy of quality.

In 2018, Urbasolar was the 1st French enterprise to be AQPV (French photovoltaic quality alliance) certified. This certification with its referential quality standards, the implementation of which the group has greatly contributed to, is an initiative of the RES (syndicate for renewable energy) whose right of use is managed by Certisolis, the certifying organization. It is oriented for businesses in the photovoltaic industry and has the goal of serving as an indisputable benchmark for clients, both private and public, who wish to work with the best operators, covering all the skills needed for the engineering, construction, and operation of photovoltaic power plants. Because of its demanding standards, this certification is known as the ultimate recognition of quality for photovoltaic industry businesses in France.

Engaged in a Quality Management System (QMS) with the goal of pursuing a policy of continual improvement and orientation towards the client within the company, the group uses a construction quality assurance plan detailing the goals and processes that must be respected during the construction of a photovoltaic power plant, from commissioning to acceptance of works.

Login to Urbasolar
Reset Password
Enter the username or e-mail you used in your profile. A password reset link will be sent to you by email.
When you browse our website, cookies are stored on your computer, mobile or tablet. These cookies are used to feed our audience measurement tools, to improve the interactivity and performance of our website and to know your browsing habits in order to personalize the services we offer. You can set your consent at any time.