Urbasolar: growth on a European scale 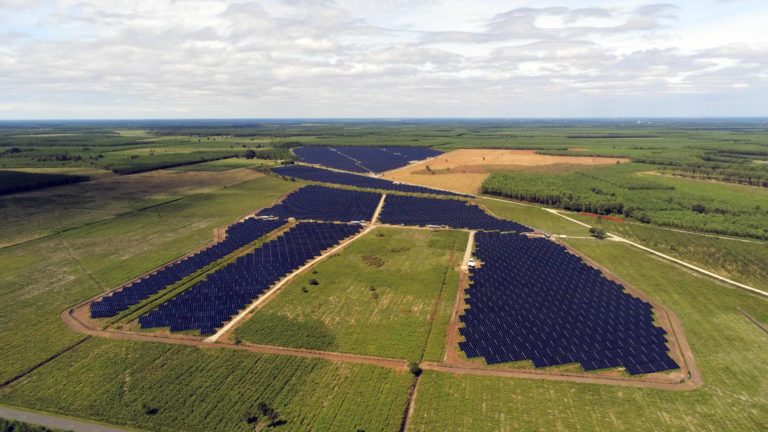 With strong annual growth averaging +40% over the last 3 years, Urbasolar is forecasting revenue of €320 million as of April 30, 2022 and EBITDA of €40 million as it continues its to pursue its sustainable, profitable growth model. A total of 370 employees are now driving the group’s growth in France and internationally.

With its ambition to operate an estate of solar-power plants totaling 10GW by 2030, i.e. 10,000 hectares of parking lots, large roof spaces, greenhouses, and polluted or previously exploited land, Urbasolar has become a leader in the French solar-energy market and now also has a large portfolio of projects across Europe. 4GW are currently in development in Spain, Italy and Poland, countries where Urbasolar has already set up subsidiaries, working with the subsidiaries of AXPO group, the leading European energy broker dealing in electricity from renewable sources. Other countries are now being targeted by the group for an upcoming implementation. This expansion is accompanied by the creation of numerous jobs in France and in other European countries, with around a hundred new jobs planned over the next 18 months.

The price of electricity went up across all European markets at the end of 2021 and this situation is continuing in 2022. Political tensions, uncertainty, and fluctuations in the price of carbon or even hikes in gas prices plunged the electricity market into a vicious spiral, with wholesale prices increasing by a record +400% in six months and the price for solar electricity becoming even more competitive compared to traditional energy sources.

Alongside this general hike in the price of electricity, solar power was also breaking records. With nearly 26 GW of new capacity installed in 2021, according to SolarPower, Europe saw growth of +34% compared to 2020.

A clear trend is emerging, as the forecasts for 2025 are for 330GW, a doubling in 4 years of the capacity installed to date.

Against this background of electricity price rises, Urbasolar is exploiting its know-how in the project development, financing, construction, and operation of solar energy plants by strengthening its environmental quality standards and introducing even more technological innovation. Processes are now fully digitalized, having been developed and improved by the group’s R&D teams over a period of 15 years. These allow the number and size of projects to be rapidly scaled up over an increasingly wide geographical range.

Solar energy for a green planet