Urbasolar is turning a new page

The group is changing direction with the departure of its two founders, Arnaud Mine and Stéphanie Andrieu. After founding the company in 2006 and slowly building it into the French leader for solar energy, over the last three years the pair pushed their business into the position of European leader.

A success story and the foundation of a culture

More than 16 years after its founding by Stéphanie Andrieu and Arnaud Mine, the Urbasolar group is now a major player in the French solar energy industry.

With a presence in France and Europe, with new subsidiaries opened in Spain, Italy, Poland and Germany, a presence in Africa, the Caribbean, Reunion Island and New Caledonia, the group is providing its expertise over an ever-increasing geographical area.

With an installed base comprising 650 power plants producing more than 1 GW currently in operation, providing power for all types of applications (buildings, greenhouses, parking canopies, ground-based or floating power plants), with flagship projects such as the Toulouse-Oncopole or the parking canopies at Disneyland Paris, and unrivaled success in CRE tender applications, Urbasolar has developed unique and innovative skills and know-how over the last 16 years which it places at the service of its customers, partners and local government.

The Urbasolar group has always been fully committed to combating climate change and promoting the energy transition. In order to achieve this, under the direction of its management, Urbasolar has cultivated innovation, technical expertise, environmental excellence and social responsibility. These fundamental values are central to each of our projects and allow us to bring all of our teams together as they work with renewed enthusiasm each day to develop the group.

Stéphanie Andrieu and Arnaud Mine wanted to set up an increasingly ambitious development strategy to ensure that the Urbasolar group became a leader in the European market, and a major player in the electricity market, by offering competitive solar energy technology. It was this desire which drove the merger with AXPO, the leading Swiss electricity producer which is present in 25 European countries and already operating in the hydroelectric and wind-power sectors.

AXPO therefore became the sole shareholder in the Urbasolar group, with the aim of developing 10 GW of solar power plants across Europe by 2030.

€304 million in turnover* (as at April 30, 2022), 450 employees and more than 6 GW of new projects under development, are proof of this dynamism, this constant desire to do more in the interests of the decarbonization of our economy and to offer future generations a greener planet.

Arnaud Mine and Stéphanie Andrieu have agreed to ensure the group’s transition into this new phase, given their previous success, but with the desire to have handed over control by the end of December 2022. They have therefore contributed greatly to setting up the new management team who will ensure the continuity of this adventure.

We can therefore announce, after a long selection process, that Antoine Millioud has been appointed CEO of Urbasolar, starting from October 1, 2022. He will be assisted by an Executive Committee made up of Gilles Amendola (Assistant General Manager), Paul Keurinck (Assistant General Manager), Christophe Alcina (General Secretary) and Gilles Attolini (Chief Financial Officer).

Beyond this entrepreneurial adventure and its recognized economic and financial success, Stéphanie Andrieu and Arnaud Mine have always wanted to promote their values of sustainable development and, beyond that, make Urbasolar a special experience, fostering enthusiasm, social awareness and the well-being of its teams. Working at Urbasolar has always represented something very special for everyone.

The new management team undertakes to write a new page in the history of the company, combining growth and performance whilst preserving Urbasolar’s culture, a desire borne of its founders and which has been the strength of the company ever since its creation. 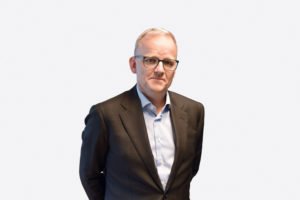 Antoine Millioud (53), Swiss, has been the CEO of aventron, a leading Swiss producer of renewable energies, since 2013. In this function, Millioud increased the company’s renewable power production portfolio tenfold to 700 MW through the construction and acquisition of solar, hydro and wind power plants.

Previously, he was in charge of Holding Management at IWB. In this role, he was responsible for the acquisition of over 200 MW in solar and wind projects and for the supervision of IWB holdings in large-scale Swiss hydropower.

Together with the Australian Family Office Transfield Holdings, he worked in the area of international private equity transactions in the energy and real estate sector for many years. Other positions as a management consultant at AT Kearney in Sydney and as a project manager with Alstom Power (today GE) in Baden round-off his long-standing experience. Antoine Millioud holds a  degree in Mechanical Engineering from the ETH and also has an MBA from INSEAD.

*: excluding the sale of electricity

other news
Login to Urbasolar
Reset Password
Enter the username or e-mail you used in your profile. A password reset link will be sent to you by email.
When you browse our website, cookies are stored on your computer, mobile or tablet. These cookies are used to feed our audience measurement tools, to improve the interactivity and performance of our website and to know your browsing habits in order to personalize the services we offer. You can set your consent at any time.