Saint-Paul-lès-Durance: a photovoltaic power plant to imagine the future 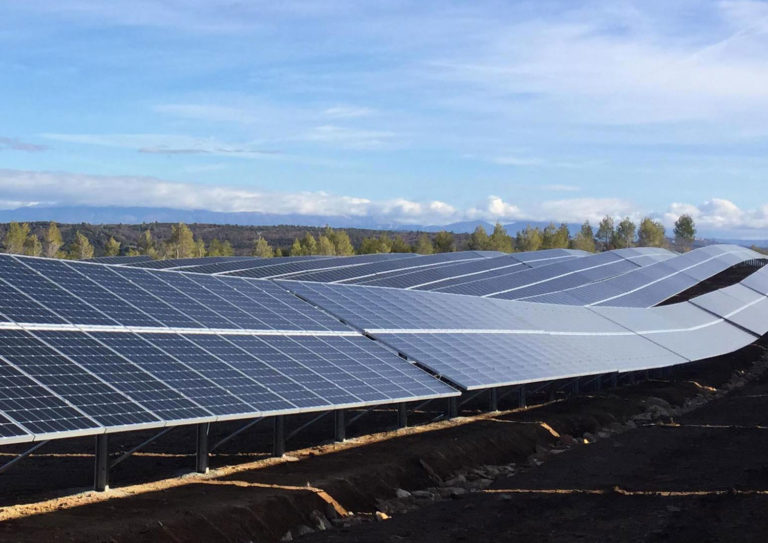 An Urbasolar-CEA partnership to advance research.

With a strategy based on innovation, Urbasolar has allied itself with the skills of CEA-Tech to find and optimize analysis tools. Researchers thus profit from a site for full-scale testing.
“Make our plant great again”, was Emmanuel Macron’s promise that they adopted as their motto. Urbasolar wants to enrich the planet with their solar installations. The most recent to date is located in Saint-Paul-lès-Durance on the site of CEA Cadarche’s energy campus
The endless rows of 15,504 photovoltaic panels will not inconvenience the public as they are difficult to find. While the primary goal was to produce electricity, the collaboration with CEA Tech (see following) has other, long-term ambitions. “This power plant has added an innovative dimension to what will happen in the future.” explains Arnaud Mine, president of Urbasolar. CEA’s researchers will be able to “test in real conditions the algorithms developed, concretely verify them, and closely fine-tune the models.” continues François Perfezou, director of the Provence-Alpes-Cote d’Azur antenna of CEA Tech located at the energy campus. It’s a winning partnership between industry and institution.
Optimize production and consume better
Commissioned in January 2018, the inauguration of this solar park was held yesterday. “Solar power doesn’t depend only on the sun. It isn’t as simple as that. Inverters need to be piloted, the market needs to be managed, frequencies need to be maintained. And all of that depends on research algorithms.” adds Arnaud Mine. “I have worked in this field since 1983. Over the course of the last decades, the work has changed a lot. Today, solar power is at the heart of an ‘electricity mix’,” but this technological revolution also generates management and storage problems, among others. Technological research will create these tools.” Technological advances already offer a nice range of new skills. A few years ago, electricity providers were obliged to buy energy produced by these solar plants at a premium. Following new European standards, it has reached market price. “We must also declare ahead of time the amount of energy we will inject into the grid the following day, or we risk fees.” explains Arnaud Mine. These forecasts are possible thanks to, in particular, data provided by captors and through research. “By analyzing the weather forecast and the state of the plant, we have an error rate of less than 3% over our 500 parks. That is very low!” Efficient scenarios that can allow for looking farther ahead. “We are equipping a building with solar power for a large French cement manufacturer in Senegal. They went from a production cost of .25 cents to .06 cents per kilowatt hour. With our forecasting tools, we can optimize production and consume better.”
This plant specializing in research and development will be a real work tool for researchers and a technological opportunity for Urbasolar. A partnership with a glorious forecast.
About Urbasolar
Urbasolar manages 500 photovoltaic parks. This plant is located on 7.26 hectares of land in the heart of the CEA Cadarache energy campus. The footprint of these 15,504 panels represents 2.55 hectares. The capacity of this structure is 4.34 megawatts and will produce 6.7 gigawatts annually, the equivalent of 1,416 households. 3 water cisterns of 120 m³ have been installed for firefighters at the interior of the site and hydrants at the exterior. No phytosanitary treatments were used to clear the site. 2 shepherds and their flocks will come to graze and thus cut the grass. As for the panels, they are cleaned by the rain. In the purchase cost of the panels is included recycling fees, which is done in the region. 99% of the materials are recycled. The lifespan of a panel is estimated at between 30 and 40 years.