Renewable energy offers you the possibility of developing your properties and contributing to the goals of the energy transition. A real environmental and ecological renovation tool, solar photovoltaic energy can transform your sites into a source of electricity production and give them a second life.
Once installed, these solar power plants become a source of revenue thanks to the rental income that is paid for the occupation of the land.
Opting for photovoltaic energy places you in a virtuous position allying environmental and economic issues.

A pioneer in this sector, in particular with the construction of the 1st large capacity solar tracker plant in France in 2012 and the creation of the largest solar concentration plant in 2015, Urbasolar has built numerous installations whose vocation is to be as much technological showcases as to create the conditions for projects free of regulated tariffs.
Working on degraded sites (polluted, nationally classified polluted sites on the BASOL list, abandoned sites, former quarries, waste storage sites, slag heaps, airfield zones, etc.), the group works throughout all phases of the project from development and financing to construction, quality audits, and the various tests through to commissioning.
A true partner for local governments and real estate owners, Urbasolar accompanies you in the execution of your projects (public informational meetings, site visits, etc.) and gives particular attention to their environmental integration as well as their insertion. Our expertise has been developed over the years, allowing us to today be one of the leading winners of the CRE’s calls for offers, with a success rate of more than 90%.

Project development is a key step in the creation of your power plant.
This phase uses numerous skills (commercial, urban planning, legal, engineering, etc.) as well as close collaboration with the various parties involved (lessors, municipal councils, authorities, etc.) to ensure the commissioning of a photovoltaic generator.
Our teams are specialized and highly qualified to carry out all studies and procedures necessary for the execution of your project.
The Urbasolar group carries out the construction of all the projects that it develops.
As a general contractor and builder, ISO 9001, 14001, and AQPV certified, we manage all the works necessary for the successful creation of a photovoltaic power plant, from design studies to acceptance and the implementation of builder guarantees. With a Construction Quality Assurance Plan which details the goals and quality processes that must be respected for the construction of a photovoltaic power plant, from commissioning to acceptance, we are committed to delivering installations that meet the highest demands for quality, according to internationally recognized standards.
A multidisciplinary project team is dedicated to each installation.

Developer of technical and environmental quality issues, ISO 9001 and 14001 certified, Urbasolar is the 1st French group to have obtained AQPV certification (French photovoltaic quality alliance).
The group uses a construction quality assurance plan that details the goals and processes that must be respected for the construction of a photovoltaic power plant, from commissioning to acceptance of works.
Its environmental engagement is expressed through the implementation of an Environmental Resource Management System and its work in PV Cycle France, of which it is a founding member. 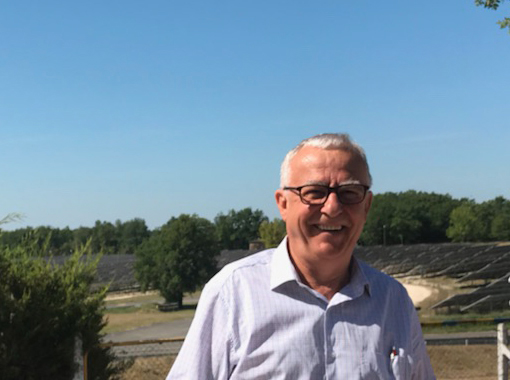 “RESTORATION OF A POLLUTED SITE”

Interview with Alain Legal, mayor of Faux since 2008, community of 610 inhabitants, local council community for the southern Périgord region, in Dordogne.
After having visited a solar power plant in 2012 in the Gers region, the elected officials of Faux decided to install a photovoltaic power plant on a site in escheat, which had formerly been the site of a race track and a shooting range. “Son of a farmer, farmer myself, and a now retired banker, I am very aware of the current evolution of humanity and if everyone, on their own level, like us, does something to reverse the trends, we will have in some small way done what had to be done to not leave a trash pile for our children and grandchildren. I believe that we are no longer at a point of being ecofriendly or not, the challenge is global and there is universal agreement on that. When we see the water resource problems that will arrive with climate change, it gives one serious pause. Ahead of the creation of this photovoltaic power plant, we had already considered our energy use and followed it up with actions, for example, turning off part of the street lighting during the night. We will be replacing all lighting with LEDs. The fact that the site was abandoned and degraded contributed greatly to the project’s acceptance by the population. We have only had positive feedback. We handed a depolluted site to Urbasolar who took charge of the terracing, clearing, and of course the construction of the photovoltaic plant. In all sincerity, everything went very well. From the beginning to the end, at every exchange, Urbasolar acted with high quality professionalism. They are rigorous in their processes, responsible, and friendly. It’s not without reason that they are among the main actors in photovoltaics and a leader in their field. We must continue the development of renewable energy and there is currently sufficient technical progress to resolve the problem of production intermittence.” 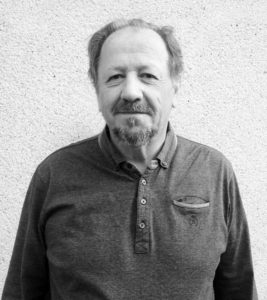 Interview with Pascal Legendre, president of the Mézinais local council community in the Lot et Garonne region.
At the start of the project, the community purchased a former industrial waste site to develop an economic project and photovoltaic energy was the opportunity they wanted to take advantage of. The 20 hectare parcel of land that has hosted a ground-mounted power plant since April 2016 is shared between two owners, a private holder and the local municipality. “We had a good understanding with Urbasolar, for example regarding aesthetic aspects to preserve the landscape which, in our area, is mostly forested, and for the work involved in removing the asbestos of previous constructions. We did also have some citizens who were initially opposed to the project, in particular hunters, who were worried about the wood pigeons’ migratory path. Environmental studies put these worries to rest and, today, the solar plant has been very well accepted.” Legendre points out that these engagements for sustainable development are part of the times but that, beyond that, royalties and rental income that go back to the community are essential benefits. “This project has also allowed us to grow the intentions of our region. We can still do more with photovoltaic energy; it’s not just a trend. And we have the desire to have schools participate by using this photovoltaic power plant as an educational site. In this way, we are preparing the future for the following generations.” Pascal Legendre insists that these projects must be accepted by the local population. “Of course it is necessary to have a political vision for the development of the community’s land within the framework of the energy transition. But I am for a mix of all energy sources: solar, wind, hydraulic, biomass, and even nuclear, even if there is legitimate concern because it can be dangerous. There needs to be more use of renewable energies, but it is impossible to do it without nuclear energy or we need to considerably change our lifestyles, which we don’t seem to be prepared to do.” The president of the local council community describes himself as an optimist for the future and advices elected officials to seriously consider any renewable energy projects, in particular solar power.